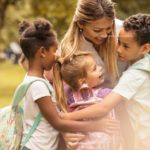 A Guide to Becoming a Thankful Survivor

I have spent years of my life in turmoil, confusion, hypervigilance, exhaustion, and many other negative emotional states, but when I look back over time and through my healing process, I am grateful for numerous aspects of my journey.

My Own Holiday of Hope

I walked into that Christmas party on December 13, 2018, with both excitement and shame. My old co-workers from Get A Grip Total Fitness reached out and invited my kids and me to attend. They knew that we were going through a hard time, so I was honored that they wanted us to just experience a night of fun and laughter. Boy, did I need it. I was excited to see everyone, yet, full of shame knowing that my life circumstances were far from what they were when I was working there and hiding the abuse that I was enduring. … it is important to remember that giving isn’t just about packages that can be wrapped and put under a tree for loved ones.  Giving can be even more emotionally satisfying when it helps people we don’t know.  When we give to someone who is truly in need, we get the biggest reactions and make the biggest impacts. The Forgotten: How the Gabby Petito Case Highlighted Many Unresolved Missing Persons Cases

According to the FBI (2021), in the year 2020, there were 543,018 missing person records entered into the National Crime Information Center (NCIC). By the end of the year, there was still a staggering 89,637 unsolved cases. Although white people tend to report the most missing people, not too far behind are black people, and yet, many are never seen in the media. Another shocking fact is that The University of Wyoming stated in the area where Gabby’s body was found, 710 Indigenous people were reported missing between the years 2011 and 2020 (Robertson, 2021). As much as Gabby was worth searching for, the question that many are asking is why aren’t these lives considered just as important as hers? Abuse or Homelessness: A Horrifying Decision for Many Victims of Domestic Violence

There came a point where the abuse was getting more and more dangerous. One night, in particular, I escaped and drove to a parking lot up the road. A few of my friends had encouraged me to call a domestic violence shelter. I was very hesitant because I didn’t want my kids to have to experience that if I can be honest, but it came to a point where they experiencing my abuse was far more damaging in my eyes. I took a deep breath and called. To my absolute shock and dismay, they told me that they were full and couldn’t take us. 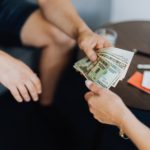 When Finances Become an Abuser’s Means of Entrapment

I realized that he had a huge drug problem that he had been hiding, and many of our bills were past due. I was frantic because we were on the verge of being evicted from our home. To my dismay, he refused. Addicted to Love: A Diary of a Recovering Codependent

“You say that you aren’t an addict and are not like your family, but that relationship is your addiction. You are going in the same direction as your parents, and if you don’t get out now, you will eventually die young, just as they did.” On March 22nd of this year, most of us were still wrapping our heads

Abuse in the Sports World

Recently, I wrote a blog about some prominent examples of credible abuse in sports Survivor Story: My Abuser Drove Drunk with Me in the Car – and I Was Hospitalized