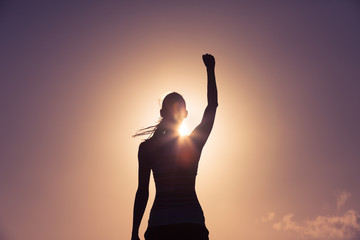 Survivor Story: From Bruised and Broken, to Strong and Free

I just started my freshman year at university when I met, who I thought, was the man of my dreams. I was playing volleyball when I met him, and we instantly clicked. We had so much in common; it was like he was a boy version of me. I could tell he was older but was not sure of his age at the time.

He invited me to come out and play league on his team, of course, I said yes. After playing volleyball, I learned that he was 30, exactly 12 years older than me. I was already hooked on him, and that the age gap did not bother me one bit. I was okay having to face all the things people would say about it, and I did not care because he made me so happy.

We spent all of our time together, opening my eyes to many new hobbies. We were inseparable; my life was perfect. About six months into our relationship things changed. He began to get angry over what I wore, who I followed on social media, and who I spent time with during the day. It started out as small arguments that involved yelling and name calling. As time went on it escalated, he began to abuse me. I can still remember all the moments I got hit, all the feelings I had and how all I wanted was for it to stop.

Many times, it was tearing my clothes or a shove to the floor, but as time went on it got worse. It became a belt to the back or being choked until I could barely breathe. However, every time this happened, I stayed. I stayed because I was in love. I felt he did not mean it and he always told me he was sorry that he would not do it again.

Every time I believed him. Every time I went back to him. I could not get out of the cycle. I can remember having to go home to my parents and make up stories to explain the marks on my face and arms, the bruises on my legs and back, my busted lips, and the marks around my neck. I defended him in all I did, only to go back to being beaten.

Many people do not understand the severity of domestic violence or why people stay. Truly you cannot and never will be able to fully grasp the experience until you have lived it. Until you have gone through nights crying wishing you would die, when you felt so low because you were constantly told you were not enough. I took all I could. I stayed no matter how much or how often the abuse was, until one day I could not stand anymore. I could not hear his voice calling me names anymore. I could not take his fist to my body anymore. I had reached my limit.

I decided that I had to stand up for myself. I had to break the silence. I filed an emergency protective order against him, only to have him violate it three times. He had gotten arrested, and I had to go to court to set what the punishment would be for his violation.

This was such a hard day. I sat as I watched this man, who I thought I knew and whom I had loved, plead guilty for violating his order. I was devastated that it had to come to that, but I knew I had to stay strong for myself. I struggled for the next two weeks until court again. I cried many nights feeling that I was making a mistake. In these times I thought back to all the times I got abused. This is what kept me strong.

On the day of court, I was nervous about having to see him again. However, I felt support in all those with me and all those in my life who supported me. As we sat down in the court room, the judge read my last domestic violence statement aloud. It hurt to have to relive that moment, but it was worth every minute of the empowerment it brought me. On September 10, 2018, the court found my abuser guilty. I am no longer held down by my abuser. I am free.

I stand stronger on the topic of domestic violence. No one, man or woman, shall have to endure a life of abuse. You are stronger than they say you are. Many people won’t understand but know that many people will. Everyone can speak of what went on, but you are the one who felt every moment of the pain.

Life may be tough at first. It may seem like you’re losing it, but the days get better. You will move past this; you will grow whole again. Never underestimate yourself, because you are brave and can do amazing things. Stay strong and break the silence against domestic violence.

I have learned that I am not okay right now. I struggle many days and it is horrible, but I also know one day I will look back and realize how powerful I am. I am not afraid to tell my story because I am not alone. I stand strong on my own, and I stand strong with all the victims of domestic violence.

I am a survivor of domestic violence.

*This story was previously shared by the survivor with another organization.﻿

Our mission is to provide resources and support services to victims, survivors, and families impacted by domestic violence. Without the support of our community, the services and programs we provide would not be possible. Your support enables us to continue programs that are critical to those affected by abuse to rebuild their lives and thrive.

Survivor Story: My Ex Abused Me and Both of Our Infant Sons

Survivor Story: I Went to the Hospital Multiple Times with Injuries from the Abuse