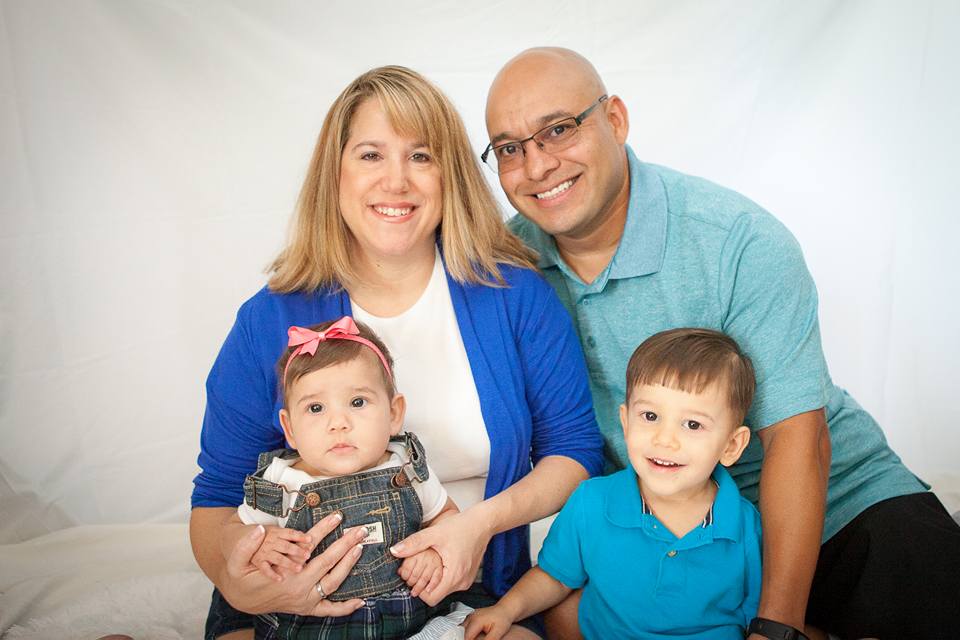 He told me that he did not have a memory of his parents where violence was absent from their home. He easily told me of four or five places his father moved the family in an attempt to win the battle against the demons of violence that played out in their home.

I met Angel when I was 17 years old. He and his older brother Joe, his younger brother Isaac, and younger sister Anna Marie were in the same children’s home as me. As you may imagine, sad stories were easy to find at a children’s home—but the Rivera’s story affected me then and now as a domestic violence survivor, their story has impacted me in a completely different way. I want to shout their story from the mountaintops because theirs is a story of hope through unimaginable pain. Theirs is a story to show the world that the cycle of domestic violence can be broken.

Sometimes it does come down to the areas of life that don’t reside in gray: they are black or they are white. Angel told me that the argument that led to both of his parents’ deaths was over the color of a Bible they were purchasing. She wanted white because it signified purity, forgiveness and the hope of a new start; he wanted black because it would not show dirt.

They went to church and had Sunday lunch as a family.  Angel told me how the night before, police officers pulled his mom out of a ditch after she over-indulged in alcohol. It seemed that she’d had enough of the abuse in their home.

Angel said that his parents separated and left them with their father. But despite his mother’s attempts to hide from her abuser, the ex-narcotics agent had his ways of finding her. The fear of his rage drove her and the kids to a local shelter a few times. But after the cops brought her to her old home after that ill-fated night of drinking, she found herself right back in the line of fire.

The next morning, they decided to go to church and try to stay together as a family. They went to the store to purchase those Bibles and that argument continued after arriving back at their home.

Angel told me that he and his brothers were outside playing basketball and listening to music. And then they heard it. As he was telling me the story, he struggled to find a word to describe what he heard. “It was like a light bulb breaking,” he said.

He continued to tell the story of how, ultimately, those four children ended that day with both parents dead–one of them said his last words to his three boys before taking his own life. Angel explained how he tried to stop his dad from taking his own life.

He told me how they saw their mom lying in a puddle of blood.

He told me about his father throwing him across the room before jamming the gun three separate times before clearing the magazine and finally succeeding at a fatal self-inflicted gunshot wound.

He told me his father’s last words over and over again:  “Tell your sister I love her and call your grandmother.”

And then Angel answered some very difficult questions.

AW: I am writing an article on “Breaking The Cycle Of Abuse” and we are highlighting your family. Do you know if either of your parents were exposed to violence in their homes?

Angel: My father’s dad used to hit them. I don’t know much about my mom.

Angel:  I used to, but I didn’t like the way it made me [feel] so I stopped.  I found happiness and let go of all of that hate and anger.

AW: Did you ever seek professional help for the trauma?

Angel: Yes, I went to a doctor for the last two years for assistance.

AW: Do you or did you suffer from substance abuse?

Angel: [I] [d]id do meth when I was younger and it ruined my other family and messed up my life pretty good but I gave that up and changed my life without rehab.

AW: You are married with a beautiful family. It has been over 30 years since your parents died, tell me how you are doing now and how it may be different from early on in your healing.

Angel: I am married.  I have four kids: two boys and two girls ranging from two to 24 years old. I just grew up and learned how to deal with anger better.  You don’t have to become what you don’t want to be if you are willing to not allow it to happen. So, I don’t [want to] become the same as my father. I just don’t want to be that guy.

We are grateful to Angel for allowing us to tell his perspective of his experience with domestic violence and his journey to breaking the cycle of abuse in his own home. Of note, Angel agrees that for his part it was and is important to get help outside of his ability to heal the wounds of this immense tragedy. We can all find hope in his story—we do not have to continue to repeat the cycle of abuse.