It’s not obvious, and it’s not all at once. It’s subtle and creeps up towards you. It’s so subtle that you won’t know what’s happening until it’s right on top of you and maybe not even then!

It’s called isolation, and abusers use it to systematically take you away from and destroy your relationships with your support system.

What isolation is not:

Many outsiders seem to think that when someone is in an abusive relationship, they are immediately abused and isolated from family, friends, and their support system. That’s not how isolation works at all.

Just like poker players, abusers do not show their full hand in regards to what cards they are holding. That would give them away. They need a plan, a process that will slowly strip their victim of all autonomy, freedom, confidence, and esteem. Their end goal is to have the victim all to themselves so that the only person the victim can trust is the abuser.

My isolation started only a few months into dating my ex. We both found jobs nearly three hours away from where we grew up. We moved in together so that we could live close to where we’d be working.

Living together was not enough for him. I could easily still take my car and drive the three hours to be with my support system. Nearly two years later, he became active duty military, and we picked up and moved across the country. He had me physically isolated – I had no friends, no job, and no one to rely on.

Abusers do not just rely on physical isolation, either. They employ the use of emotional isolation, too. At the beginning of the isolation process for me, the ex would weave in how those closest to me were terrible for me. He told me things to make me believe that they were coming in between us and going to ruin the relationship. He worked his manipulation magic to drive wedges in between those I relied on the most in my support system.

In an article on Speak Out Loud, Clare Murphy, Ph.D. writes, “Some tactics aimed at isolating the victim include telling her that she cares more for her friends, family, and pets than for him, telling her he’s the only one who understands her and loves her.”  I remember my ex doing close to the same thing with my family and cats – he’d say that I love them more than him, even threatened to toss the cats out onto the streets if I didn’t stop paying all of my attention to them. That’s when I emotionally withdrew from my friends, family, and cats.

They see your weaknesses:

These weaknesses may not even be actual weaknesses. They may be what the abuser perceives to be weaknesses and will exploit them any chance they get. Let’s say your parents divorced when you were young. The abuser may act as the father figure (or mother figure) for you and tell you that they won’t abandon you and that they are the only person who knows how to take care of you.

When you are in the throes of an abusive relationship, you may not realize that you are trapped, at least not in the beginning. You may eventually realize that you feel alone and have no one left. It’s like the only person you have left is the abuser, and that’s precisely how the abuser wants it! The abuser doesn’t want anyone around you that will give opposing views and thoughts to that of the abuser because then you’d be more likely to object to the abuser. The abuser cannot have that. The abuser must have power and control over you so that their words, thoughts, and ideas are the be-all-end-all.

You don’t willingly make the choices that ultimately put you in those positions; your choices are taken away from you. The abuser traps you into feeling as if you can’t make decisions on your own, so you rely on what the abuser says and does. The abuser manipulated you into thinking they were strong and decisive and that they knew what they were doing. They knew what they were doing when they set out to isolate you. 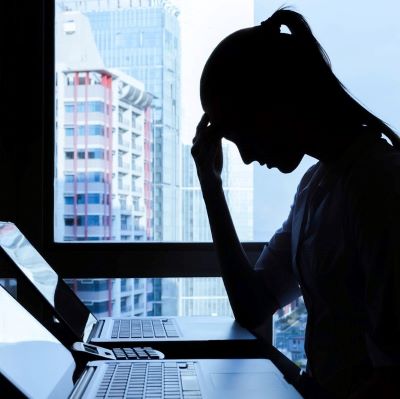 Technology has become a staple in our lives, one that is required in one way or another to complete many day-to-day activities. In a world where people are pressured to get as much done as possible in the least amount of time, while still having enough time to focus on family and friends, technological advances can offer huge advantages.

With new technology comes new ways to help keep people safe. Computers, phones, and tablets with valuable data can be tracked if lost or stolen. You can automatically sync and view pictures, files, and important links on all of your accessible devices, saving time and securing information if one of the devices is no longer available. In the event of an emergency or kidnapping, parents can monitor or track their children. Phones can be used to remotely control the alarm system to your house, tell you who opens the door, and, notify you when motion is sensed or someone is at the door via cameras mounted with doorbells.

However, the very technology that is used to keep people safe is also one of the most dangerous tools exploited to stalk, control, harass, and track down domestic violence victims and survivors. Digital abuse uses technology to further isolate, threaten, gaslight, and intimidate victims.

Domestic abuse comes in a variety of forms, and digital abuse is no less important than emotional, physical, or financial abuse. In fact, digital abuse can contribute to the escalation of all of these, and is prevalent in nearly all current or former domestic abuse relationships. As technology advances, so does the number of devices that can be used by a perpetrator to control their victim. According to Kurtz & Blum and The Stalking Resource Center, here are some of the ways that technology can be used to stalk and digitally abuse:

Digital abuse is yet another form of stalking, one that creates fear, helplessness, and a real concern for safety. A stalking fact sheet compiled the University of Kentucky’s Center on Drug and Alcohol Research notes that 5.2 million women and 1.4 million men are stalked each year. Advancing technology makes digital abuse difficult to control. Not all spyware or monitoring systems require that the perpetrator have physical access to the device they are tracking, making it difficult to catch and prove the actions of digital abuse. Stalking requires detailed and evidence-based documentation in order to track down and discontinue apps that make stalking easy to do, yet difficult to recognize.