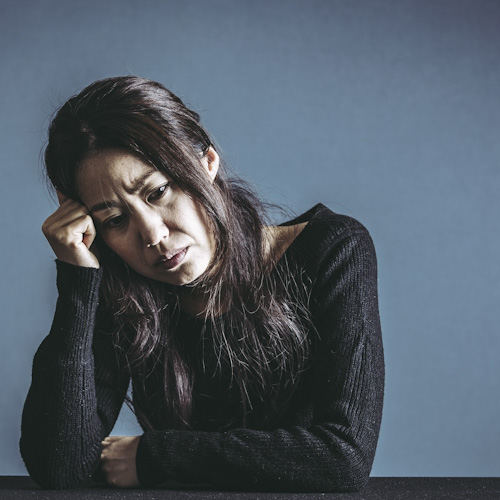 There were so many signs, so many moments, some I remember clearly, others remain more vague. We started seeing each other in 2006, while I was pregnant with my first daughter. I remember thinking that this was not a healthy relationship. I later learned the things he would say to me is called gaslighting.

There were mental and verbal attacks, but then he would say he was joking.
I broke up with him shortly after we started getting serious, and then I found out I was pregnant. Everything in me told me to keep my distance. Do not tell him you are pregnant. I already knew all too well that something was not right. Ultimately, we ended up getting married in 2007.

He wanted to move to where he was originally from, I was hesitant, but he reassured me that we would be happier there. He said he would work so I could stay home with my children, and finish my college degree, but he quit working. Things only got worse and escalated. I ended up having to work 2-3 jobs while he stayed at home playing video games; sometimes 18 hours or more at a time.

He threatened to kidnap my children and told me I would never see them again if I tried to leave. He would verbally tear me down, saying that my family did not want me, that I should be thankful that “he deals with my crap,” “I was bipolar and crazy,” and “I was addicted to drugs and alcohol,” even though I rarely drank and never did drugs.

I finally mustered up the courage and strength and saved enough money to move out and file for divorce. Our divorce took two years and turned into a case of “a child in need of care.” The courts ordered counseling and ordered that I take anti-depressants. The court also ordered my youngest to be placed in foster care, while my oldest remained with me full time.

He failed drug test after drug test, went against court orders, and had multiple probation violations. When our divorce finalized we had joint custody, with him having residential custody. The reason given was because I worked too much. My oldest child remained and still remains in my full custody.

Raising my Child With My Ex

Fast forward six years; I moved back home, re-married, and was going through a separation. During my two years back home I made sure I spoke to my youngest child every day, and every school break I flew her out to stay with me. During my separation I decided to move back to be closer to my youngest daughter. My ex and I agreed to be roommates so I could save money for a place of my own, raise my kids, and he would not have to pay for daycare.

November 2013 I moved into my ex’s house. July 2014 my husband and I reconciled and he moved to be with my kids and me. By February 2015 we had saved up enough for a house. But I kept this dark secret from 2013- 2017. I believed everything he said and I felt stupid for trusting my ex again.

I was so mad at myself for putting myself back in that same situation. I could not take it any longer. I contemplated suicide, and that was my big awakening moment. I went to the police and reported the abuse, the rapes, everything. After the initial report I did not hear back, but instead, I was served court papers by his attorney to reinstate child support. I later found out that a detective contacted him and my ex confirmed everything, including the rapes, but stated it was all consensual and I was just vindictive.

He kept my daughter from me for three months until I filed an emergency custody modification. I refused to let my oldest daughter see him because she had found drugs at the house. She sent me a picture of them asking what they were.

The courts finally ordered him to allow me to see my daughter but the abuse did not stop. He would send three or more texts everyday belittling me, telling me I was a horrible person, I was lying, and my daughter did not want to see me. My daughter would come over and ask me why I was lying about daddy, and why I wanted daddy to go to jail.

CPS was called in by the school due to her behavior, missing 26 days, and having 30 tardiness days. Not having my child is my nightmare. When he gets mad he keeps my daughter from me, and the courts have still yet to modify any custody arrangement.

Yes I got out but I still fight every day to get my daughter back. I cannot fathom how the courts do not see the monster that he is.