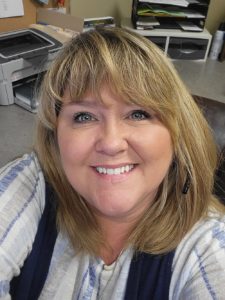 I was constantly worried about what I said, how I dressed, or even what I cooked for dinner.

Hello, my name is Tammie, and I am a paralegal/Victim Advocate for West TN Legal Services. I am here to talk to you today about domestic violence. I received an Associates of Applied Science from Kaplan University in 2007. I was a bankruptcy paralegal for over 20 years and in 2020 I decided to make a change. My initial position with WTLS was in the intake department but it didn’t take long for me to realize that I wanted to work with the domestic violence victims.

I chose this field because I am a survivor of domestic violence and I feel that my experience allows me to connect and relate to our clients. This is not just a job for me, it is a passion.

My first abusive relationship was when I was 18 years old. He started out as a romantic, always complimented me, and made me feel special. It wasn’t long before I had quit college because he didn’t like the way other men looked at me on campus. I worked 3 jobs to support us, and he was free to do what he wanted when he wanted. It turned violent. This was in 1989 and the laws were different back then. I called the police one time; he was arrested but I dropped the charges. He eventually moved on to another woman and left me.

My second abusive relationship was when I was 26 years old. He also started out as a romantic. He made me feel like I was the most important person in the world. He slowly started to change. He became very easy to anger and I believed him when he said that it was my fault. I wasn’t aware of the cycles of violence back then, but at this point I was in the tension building phase. I was constantly worried about what I said, how I dressed, or even what I cooked for dinner. Just any little thing could set him off. He slowly isolated me from my friends and family. He would tell me that they were only using me, and he was the only one who really had my best interests at heart.

We would then enter the outbreak phase. He would become so angry over little things. For example, he had told me the day before that he wanted white beans, ham, and cornbread for supper the next day. So, I soaked the dry beans overnight and the next morning I put everything in a crockpot to cook all day while I was at work. When I got home, I poured the beans in a pot to make sure they were done and made cornbread. I always brought him his plate in the living room. When I brought him the plate, he looked at me and asked why I cooked this for supper when we had just had it 3 nights ago. I told him that this is what he asked for last night. He got so mad that he threw the plate of ham and beans across the living room. He then got up and grabbed me by my hair and rubbed my face in the carpet and told me to clean it up and fix him something else for supper. This is just one example of the outbreak phase that I endured with him over the years.

The next day he would come home and be super nice to me. He would offer to take me to eat, or to watch a movie that I picked out. We may even ride the 4-wheelers, which was something I loved doing. You see, not every day with him was a nightmare. We had some wonderful times together. And when he wasn’t angry, we actually had a lot in common.

But eventually the cycle was turning faster and faster. Our bad days started to outnumber our good days. He was controlling the money. He split up our bills and made sure that I was responsible for enough that I barely had anything left over from my paycheck. It was like I was a piece of property that he owned.

I started praying at night that God would just take me in my sleep. I had hit bottom. I believed that I was nothing and I believed that none of my family or friends cared for me. I would beg God to take me in place of someone that was dying of cancer and had a family that would truly miss them. I honestly believed that if I died no one would care.

I was finally able to leave this dangerous relationship after one final and sadistic act. I realized that the man I loved with all my heart was going to kill me. One evening, I came home from work. He was being extremely nice to me for some reason. He offered to go pick up supper, so I didn’t have to cook. That was something he NEVER did. When he came back with supper, we sat on the couch together and he massaged my feet. I wasn’t sure what was going on and why he was being so nice, but I wasn’t about to ask him and make him mad. I started getting really sleepy and I guess I fell asleep on the couch. The next thing I knew, I woke up coughing. I was having trouble breathing. The house was full of smoke, and I couldn’t see clearly. I screamed out his name, but he didn’t answer. The back of the house was engulfed in flames. I couldn’t get to our bedroom. I thought I must call for help. I was screaming as I ran out of the house. I was going to run to the neighbor’s house to call 911 but when I got in our front yard, he was already outside. Now the way this house was laid out, he had to come through the living room to exit any door we had in the house and how did he not hear me screaming? When he saw me, he started coughing and said he had to come out and catch his breathe. At this point I knew that he was going to kill me if I stayed or if I left. So, I made a plan and I left. It was the scariest thing I have ever done but I made it out. 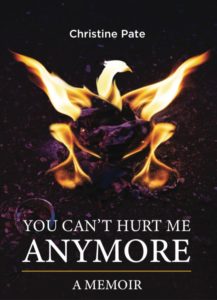