With Six Kids to Care for, I Was Trapped 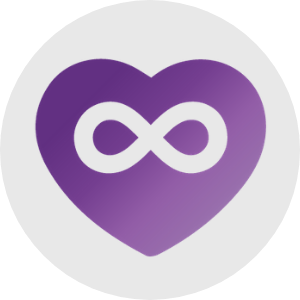 Elizabeth met a man who would eventually become her abuser when she was in high school. Over the years, they had six kids, which only strengthened his control over her. The physical and financial abuse kept Elizabeth and her children trapped. She had nowhere to go for help, and no way to financially provide for six kids on her own, so she stayed hoping it was the best way to protect and provide for her children.
Trigger Warning This story may contain descriptions of physical and sexual violence that some survivors may find particularly upsetting. Please consider your triggers and well-being before reading past this point.

I met my future abuser/husband in high school. Over the next five years, we were friends and nothing more. I met a guy and fell in love. When he broke my heart, I went a little wild and became a party girl.

During this time, I started partying with a man who would become my future abuser. I ended up pregnant with his child before he even became my boyfriend. We dated for three years, and when I became pregnant the second time, he became even more interested in going to parties and drinking, while leaving me home alone to care for a two-year-old.

We fought a lot. I had to get a job because he left me without money or a car. I had no way to get to the doctor, the store, or anywhere else we needed to go. Due to this we broke up and remained so for about two years.

During the time apart, all I could think about was how much I needed him to be a part of my life, and how I needed him to take care of our babies and me. I did not make enough to pay the bills and raise my kids by myself.

Two years later, I lost my brother, who was also a friend and co-worker of my ex. We were arguing, and I blurted out, “don’t you know I still love you,” and we got back together. He was on his best behavior for over a year. He made me believe he changed, and I married him. It seemed like as soon as I said, “I do,” his personality changed. Even still, I stayed with him, and we had four more children.

Times were tough financially, and he controlled our finances as much as he could. He had me pay the bills then took any money that was left.
He would go out with his friends and come home when he pleased. He made me feel he was entitled to it or that I made him do it.

I either worked full time, or I stayed home with the kids. He ran my friends out of my life and did his best to get rid of my family as well. He made sure I was stuck with the kids and didn’t leave the house without them.

One day we got into a nasty fight. I smacked him, and he bit me. He left and was gone for days. I still had not realized what was going on and let him come home; this was the main turning point for us. He now had it in his head he could do or say as he pleased.

He started telling our kids about our sex life and started putting our kids in the middle of all our arguing. I began to take all of them with me when I left the house, even if it was just to the mailbox. This lasted for years.

When his father passed away, and he became very mean but only to me – not the children. The following year my male cub master texted me calling me princess, which meant nothing and the war began.

My father died a few weeks after that, and my husband made it the worst time of my life. He would tell me I never meant anything to my dad or my family, and I was all around horrible!

I decided that I wanted out, but I was trapped. How could I move out with six kids? Nobody in life could afford six kids and me. I had to protect my kids, so I stayed.

The year after that, I had an asthma attack that almost killed me, but he could not be bothered to come to the hospital. I wanted out, but I was still stuck. At this point, he started fighting with us, kicking the kids out and physically assaulting the kids.

Two years later, my mom moved in with us, and everything about him got worse. He was jealous of the time I spent caring for her. I watched my mom die six times in the eight months before her death. When she died, he used that as an excuse to miss work but not come home. He missed more days of work than all of my siblings and I did, and it only magnified all our problems.

It got to the point I would pray he was passed out drunk so we did not have to deal with him. We would come home and hide upstairs in hopes he would sleep through the night. When he did not, he would come upstairs and wake me by hitting me. A few times, when I told him no, he would choke me. It got so bad that my boys would stay up all night to make sure I was okay.

The three oldest he physically hit, bit, called names and tried to throw them out of the house daily. He even went as far as telling our then 14-year-old that he needed a DNA test to prove that he was his father.

I finally had enough! I would rather be homeless than take anymore. I made plans to get everything and run, but I did not have too. Instead, The day before I was to see the lawyer I got home from work, my drunk husband told me, “I can’t wait to get out of here. I hate you all! I am never coming back!” He was gone not quite five minutes before he was back. He had an accident and asked our 21-year-old to take the blame so he would not go to prison. Our son said no, so he called his mom to get him so he can get out of town. She came and got him, and that was the last day we had to live with him.

He has been to the landlord trying to get us kicked out. He tells everyone who will listen how terrible I am, how he never was anything but good to us, and how I refuse to let him see the kids. He has not been good about paying child support, and I struggle every day.

Even though he still tries to control me, I am happier than I have been in years.

Sharing our stories can be incredibly empowering while also helping others connect with survivors and Legacy Families who have similar experiences.
Share My Story
PrevPreviousTurning Trauma Responses Into Strength
NextProcessing GriefNext