History of Sexual Assault Awareness: Nearly A Century in the Making 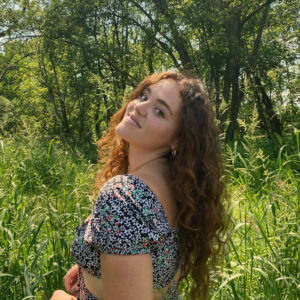 More From This Author
This April marks the 21st anniversary of Sexual Assault Awareness Month, a time specifically dedicated to spreading knowledge and awareness regarding the existence of sexual violence and the efforts to prevent it.

This April marks the 21st anniversary of Sexual Assault Awareness Month, a time specifically dedicated to spreading knowledge and awareness regarding the existence of sexual violence and the efforts to prevent it.

The Birth of the Movement

Though the early and mid-twentieth century may feel like ancient history to today’s youth, in the grand scale of human history, social activism remains a relatively new concept. The fight against women’s violence dates back to the 40s and 50s, as social change was championed particularly by Women of Color. In fact, Rosa Parks, who is perhaps best known for her role in the Montgomery Bus Boycott, was also an advocate for sexual violence survivors justice and worked directly with NAACP on rape cases[1].

There is an irrefutable history of black women being targeted and assaulted by white men. One particular case that was reflective of not only Park’s efforts but the way by which the public typically responded to assault victims of color is the case of Recy Taylor. In September 1944, Taylor was walking home from church when a car carrying several young white men approached and began accusing her of attacking a young white boy a few towns over. These men forced her into the vehicle and committed unspeakable acts, then threatened her life if she reported this to the police. Recy Taylor chose not to keep quiet. She reported the crime immediately and eventually word reached NAACP investigator, Rosa Parks. The local police harassed Parks upon her arrival, circling Taylor’s home while Parks was inside, and eventually demanding she leave since they didn’t want any “troublemakers” in town. Funny who the troublemaker in this case was in the eyes of the police.[2]

After her return to Montgomery, Rosa Parks began the Committee for Equal Justice and in a month’s time, Taylor’s story would make headlines. Justice was never brought to Recy Taylor, outside of a 2011 apology from the Alabama legislature, one Parks, who died in 2005 would never see. The bravery and resilience of women such as Taylor has left a powerful legacy–one that works to empower black sexual assault survivors in the wake of such a racially motivated abuse of power, an obvious mark of the intersection of race and gender within American history.

The Anti-Rape Movement of the 70s

The 1970s welcomed grave change and discourse surrounding the harsh realities sexual assault survivors experience. It was only in 1971 that the “Bay Area Women Against Rape” was founded, and would open the nation’s first rape crisis center offering immediate victim services. This was an organization dedicated to not only providing survivors with proper counseling and advocacy, but one of the earliest educational pursuits for local communities. Within just the next five years, 400 centers would, too, be created.

In 1974, the Federal Government provided aid, for the first time in history, to the Pittsburg Action Against Rape. This would lead to the operation of over 1,000 rape crisis centers by the late 1970s.

In 1971, The New York Radical Feminist group hosted the first Speak-Out, an event where women could share their stories with one another without fear or judgment. This would inspire many other similar events, such as the Take Back the Night marches in the late 70s as pictured below.[3] TBTN events have included candlelit vigils, public rallies, survivors speak-outs and unified marches.

Despite this powerful surge of activism, it would take decades for the government to enact any legislature against sexual violence. Finally, Congress passed the Violence Against Women Act of 1994, “as part of the Violent Crime Control and Law Enforcement Act of 1994[4].” Our nation’s current President, Joseph R. Biden, was one of the sponsors of the bill during his time as a Delaware Senator. He said in 1990, “the bill has three broad, but simple, goals: to make streets safer for women; to make homes safer for women; and to protect women’s civil rights.”[5]

This was a monumental moment in history, a turning point that women had spent decades advocating for–sexual violence was no longer just a personal issue, it was now a legal one.

In 2000, the Pennsylvania Coalition Against Rape and the Center fo Disease Control established the National Sexual Violence Resource Center and in 2001, the NSVRC organized the first Sexual Assault Awareness Month campaign.

Throughout just the past century, the fight against sexual violence has enacted a great deal of change, but the war is not over. Furthermore, as advocacy continues in the future, it is imperative that those who were brave enough to fight for something they believed in, against all odds, are never forgotten or lost to history.