The last five years of my marriage were some of the worst and most frightening years of my life. My ex-husband changed. He had always been rigid in certain aspects of his life, liking things a particular way. He was demanding when he was ill and expected to be catered to. It was rare when he helped around the house or took an active role in the lives of our children. He was authoratarian and expected to be obeyed. Growing up in a similar household with similar dynamics between my parents, I thought this was normal.

Slowly, he began to isolate me from my family. He didn’t like my mother, thought she was overbearing and not a good influence, claimed my dad was an enabler and couldn’t be trusted, didn’t like my mother’s side of the family, etc. Soon, I had no support system except for him.

Things I used to think I was good at, I began to doubt myself. Memories I knew to be true, he told me I had created and were wrong. Everything that happened, he blamed on my mental health problems (depression/anxiety), and would claim everything wrong in our marriage was my fault. He would find fault, criticize, demean and then love-bomb. It was a constant cycle that only got worse.

In 2016, we built a new house and moved into a new neighborhood. He received a big promotion, and had much more responsibility. That’s when I began to see how bad things were. He couldn’t handle the promotion, and became even more demanding and lazy at home. Everything we did as a family, he planned. It was always what he wanted because he worked so hard and deserved it. I was just a teacher and had summers off. Taking care of the children wasn’t work, so I was expected to do everything: work plus housework, caring for the children, etc. Several times, if I wanted something extra not in the budget, I had to work two, three jobs in order to pay for it, even though we had more than enough. For instance, I wanted to go to Costa Rica to stay with friends and practice my Spanish in an immersion situation because I was going back to school to get my bilingual license, a license needed for my job. But because it was something I wanted, I had to work several jobs to pay for it.

His temper was incresingly worse and shown more frequently. He began to outwardly rage, yelling at me and the children, stomping through the house, slamming cupboards, doors, items on the counters, etc. He terrified me and our daughters. He descended into a deep depression and slept for days and days on end. During that time, I was expected to go to work, take care of the children, care for the house and cook and attend to him at all times. When he wanted sex, I was expected to have sex with him so that his temper wouldn’t reappear. There would be nights he’d be screaming and crying, verbally abusing me, forcing me to have sex, allowing me to sleep briefly before waking me up and starting the cycle over again.

In September of 2018, I called my mother-in-law and asked her to meet me so I could talk to her about her son. We met in a parking lot and before I could voice my concerns about how much he had changed, she told me, “You need to be there for your husband and agree with him. ” I told her this had nothing to do with me agreeing with him or not and more to do with the fact he had undergone a drastic personality change in such a short period of time. She said, “I wonder if this has anything to do with the fact he’s missing part of his brain.” I had been married to this man for 12 years and had not known he was missing a part of his brain. She explained that before he had been born, he had experienced an inter-uterine stroke, which I knew. For years, medical professionals had thought he had cerebal palsey, as he walked with a limp and had limited use of his right arm. All this I had known before marrying him. What I didn’t know is that at age 14 they had done an MRI and found a part of his brain, the part that regulates emotions, had never formed. She said that at age 15, he had attempted to kill himself 2-3 times and was institutionalized many times. At that time, his doctors had said the reason he had such a mental break is because he hit puberty and the overload of hormones could not be processed because he was missing a critical portion of his brain. His doctors suggested this could happen again at a later time, perhaps in middle age when his hormones changed again. I knew almost none of this. His mother continued and said, “I laughed to myself when you married him because I knew he’d be your problem and not mine.” I’ll never forget that feeling of betrayal at learning everyone in his family knew he would have a relapse and still no one thought to tell me.

Once I learned he was missing a portion of his brain, I confronted him and it made things worse because it was his brain problem that was causing all the problems and I couldn’t handle the fact he was missing a part of his brain. The cycle of rage, terror, sexual abuse, continued from that point on. I was completely isolated from my family and friends. My children were terrified. I was operating in survival mode, barely getting four hours of sleep anight because he perferred to wait until the night to do his abuse.

By May of 2019, I knew I needed to leave. Over the previous three years of abuse I had been hospitalized twice and severaly ill three of those years. I had stopped sleeping with him, and instead, barricaded myself into a room in the basement. My youngest was cutting herself, and both my children were depressed, scared and anxious. In June of 2019, I asked for him to leave. He screamed and yelled and stormed out of the house. Three hours later, I received a call from the ER. My ex-husband had tried to slit his wrists in a parking lot, and had admitted himself to the ER. They released him to my care. A week later, I told him he needed to leave, and he raped me. Then he apologized and said he wanted to work things out. We went on a drive together, which was a mistake. Once I was in the car, he started screaming and yelling at me, driving erratically and dangerously. I told him to take me home. He turned the car in the opposite direction and got up to 100 MPH. He said we were going to find my parents and he was going to assult them and kill them so we would be done with them once and for all. I pulled out my phone and told him I was calling 911. He pulled the car over and I ran out of the car. He didn’t stop the car or pull over, simply put the car in park and chased me down the road. He screamed at me that if someone came and crashed into the car, the dog, who was in the back, would die and it would be my fault. I got back in the car with him and he took me home. I told him to leave the next day.

He checked into a motel and continued his verbal harassment by phone and text. On the fifth morning after he left, I received a text from him that he couldn’t walk and needed help. I went to the hotel and found his body after he had overdosed. I called 911 and he was taken to the hospital and then a psych ward where he was only held for 18 hours.

I had the summer free as he stayed with his parents. But in August, he said he was coming home so I had better be out. With no money, no support, I moved myself and my daughters out and filed for divorce. Needless to say, the divorce was not friendly. His conditions for divorce were so severe, and I left with no way to reconnect with my parents for support, no equity, no money, no equal share of his 401K, over 20K in debt and very few possessions. I also lost my dog, my one protector during the worst of the abuse.

It has been two years since the divorce was final and he continues to try to make life difficult through frequent court hearings for trivial items. I tell myself I only have 3 years left until my youngest is 18 and I can finally block him and move away from here. I’m blessed and fortunate to have gotten out. I am healing and have reconnected with my family and friends. I have paid off the majority of the debt, have left an abusive situation in teaching and started my own business. I travel as I wish, watch TV shows and listen to music I like without being ridiculed, spend my money as I please and am generally so much happier and healthier. 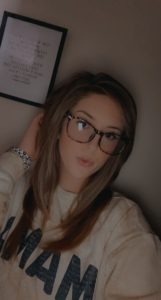